Ryobi is an orbital sander manufacturer company that is known for good-quality and lightweight products. One of their best-selling models is the Ryobi ERO-2412VN Random Orbital Sander.

What people hate about orbital sanders is their ability to loosen the sand sheets. This can give people a hard time when working the sander. It messes with the users’ sense of control over the sander. Since Ryobi didn’t want their customers to be given a hard time, they settled this dilemma by integrating a quick-fix hook feature, which will keep the sand sheets in place while the user goes on with the work. 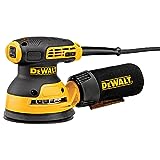 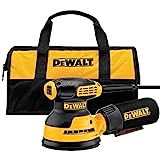 Some have trouble identifying whether the power is running or not.  This kind of problem arises when the user is confused if the product is defective, or if there is just something wrong with the power. The process involved in identifying the problem then becomes sketchy. However, there is no need to worry about that with this Ryobi ERO-2412VN Random Orbital Sander model since it comes with an on/off feature that lights up a blue LED light, indicating that the machine is on. The blue LED light goes off when it is disconnected from the power socket.

There is also an Overmould on/off switch that is intended to boost durability.

Not only can dust ruin the view of what you are working on, but it can also damage the machine in the long run. In the company’s desire to let their customers indulge in a long-lasting product, they didn’t release this model without integrating the DustTechTM to pick up the dust that gets lost through the work. 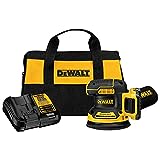 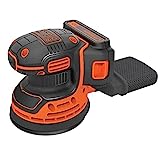 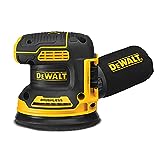 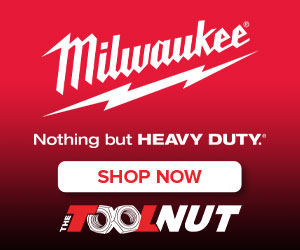